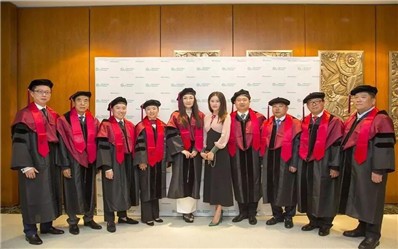 Before the commencement, caps were tossed skyward in traditional fashion, as students embraced the time honored symbol of the end of an era and the beginning of a new one. Following this, with smiles beaming and caps firmly affixed, students began the procession. One by one they made their way into the ceremony and took their seats, ready for the show to begin.

Following the pomp and circumstance, courtesy of Edward Elgar,Stef De Jong, Deanof EUSwitzerland, welcomed students. The dean proved to be an expert master of ceremonies, bringing style, wit and warmth to the proceedings.

Wise words from the doctors

He went on to express the importance of unity and social responsibility.

Switzerland is a country of four different languages, four different cultures, 26 states, 3,000 communities and we live in peace and freedom together since 1984. To achieve that goal, you have to look after minorities.

President of EU, Dr. Dirk Craen then took to the stage to address students, imparting a few words of wisdom:

A world of infinite opportunities is waiting for you. Be passionate, be optimistic, be resilient, be yourself, be ambitious&hellip; be driven by the future.

During his address, Dr. Craen made a special welcome to EMBA and doctoratestudents from Shanghai, the Mayor of Johor Bahru in Malaysia and the Director of EU Business School in Hong Kong.

Afterwards, Henry Nidecker accepted the family business award on behalf of his company Nidecker, EU alumnus Dr. Wolf Wagschal, CEO and founder of WW World Hospitality GmbH was awarded the entrepreneurship award, Mathieu Lenglin accepted the sustainability award on behalf of Tesla, and Syed Nadeem Ahmed, CEO and Managing Director of The Searle Company Ltd, took home the leadership award. Other winners were Novartis International, who received the corporate responsibility award, accepted by head of corporate responsibility, communications and advocacy, Ekaterina Kontzalis, and finally Yonathan Parientim, CEO and founder of Horyou, who was awarded the social responsibility award. Then came the moment all students were waiting for. The class of 2017 were individually honored for their academic achievements. Each waited to be called forward in order to collect their degree, with a round of applause accompanying their moment of triumph.

Next, came the presentation of awards to students and faculty, followed by the student speeches. Marvin Posas, BBA gave the undergraduate commencementspeech:

Even with the multitude of cultures that surrounded us, the multitude of backgrounds and languages, what we all hadin common was, as a group, we were theretogether. We were sharing experiences.Today, proud and honored we stand, that we may never forget those faces and cultures that we have honored, that we may never forget above all the friends that we have met and the things we have learned. We should also look forward, as we behold the bright tomorrow that unfolds in front of us and awaits.

Standing on the shoulders of giants

As a little kid growing up you look at your parents as your heroes, as your role models. My mother was an asylum seeker, she came to the U.K. as a kid with her family. Her father was imprisoned in Libya for many years and, shortly after he joined them in the U.K., he died.Her mother took care of her and her siblings, scraping by, day by day. My father was also an asylum seeker in the U.K. and at the age of 12 his parents got divorced.

They tried to give us the best life possible. We traveled from country to country, continent to continent, city to city, just to find a better life for ourselves and it’s all thanks to them&hellip; the older you get the more you realize the amount of sacrifices your parents have made, the amount of things they’ve given you throughout your life. If it wasn’t for them, I would not be standing here today.

To conclude the day, after the commencement ceremony, students, family, friends and faculty gathered for cocktails and cava,incelebration ofa memorable day in Geneva, the end of an era and the commencement of an exciting new chapter. 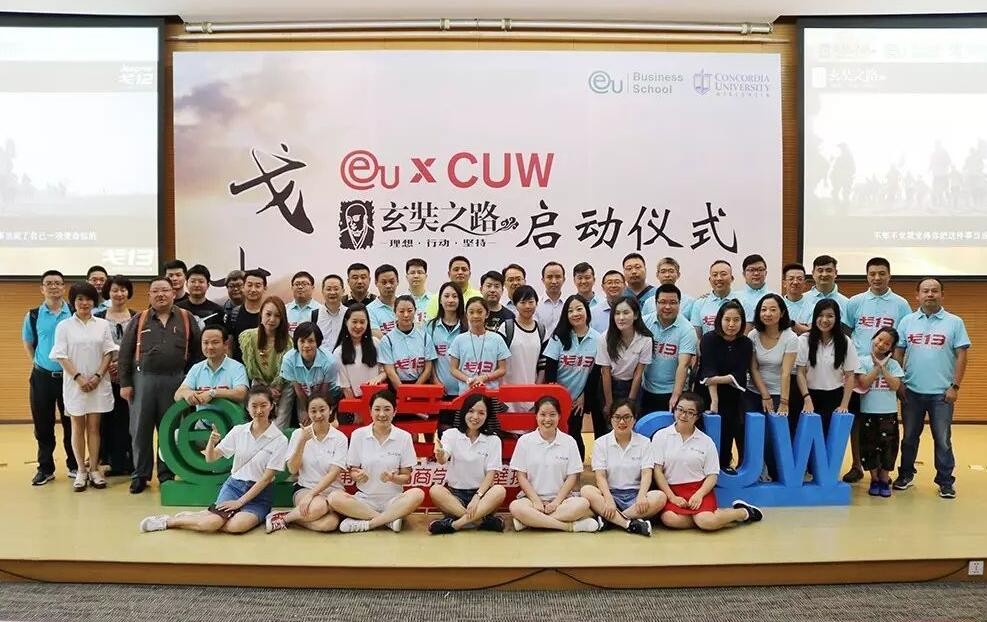 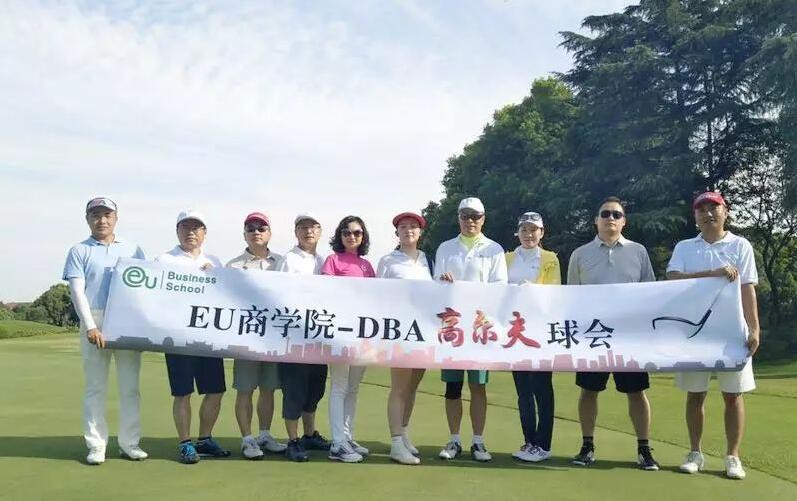